Globalism vs State Sovereignty. The Choice is Yours on Tuesday!

Are you ready for Idaho to go “woke,” be forced to wear masks, get fully vaccinated and become a good global citizen? If not, I encourage you to go vote on Tuesday May 17th and bring 10 of your like-minded friends to do the same.  Idaho is in a perfect storm and if citizens don’t wake up by Tuesday May 17th, they will pay dearly over the next four years and beyond.  To add to the storm, the Biden administration is currently setting the stage to hand over control of America’s health care system and U.S. national sovereignty to the World Health Organization (WHO) and move toward a digital monetary system.

The Idaho establishment (or gravy train party) has been teaming with large “woke” corporations, billionaires, lobby groups, social media tycoons and yes, democrats, to try to retain control of Idaho and fully implement a global plan.  If you do not believe me, please consider the following: 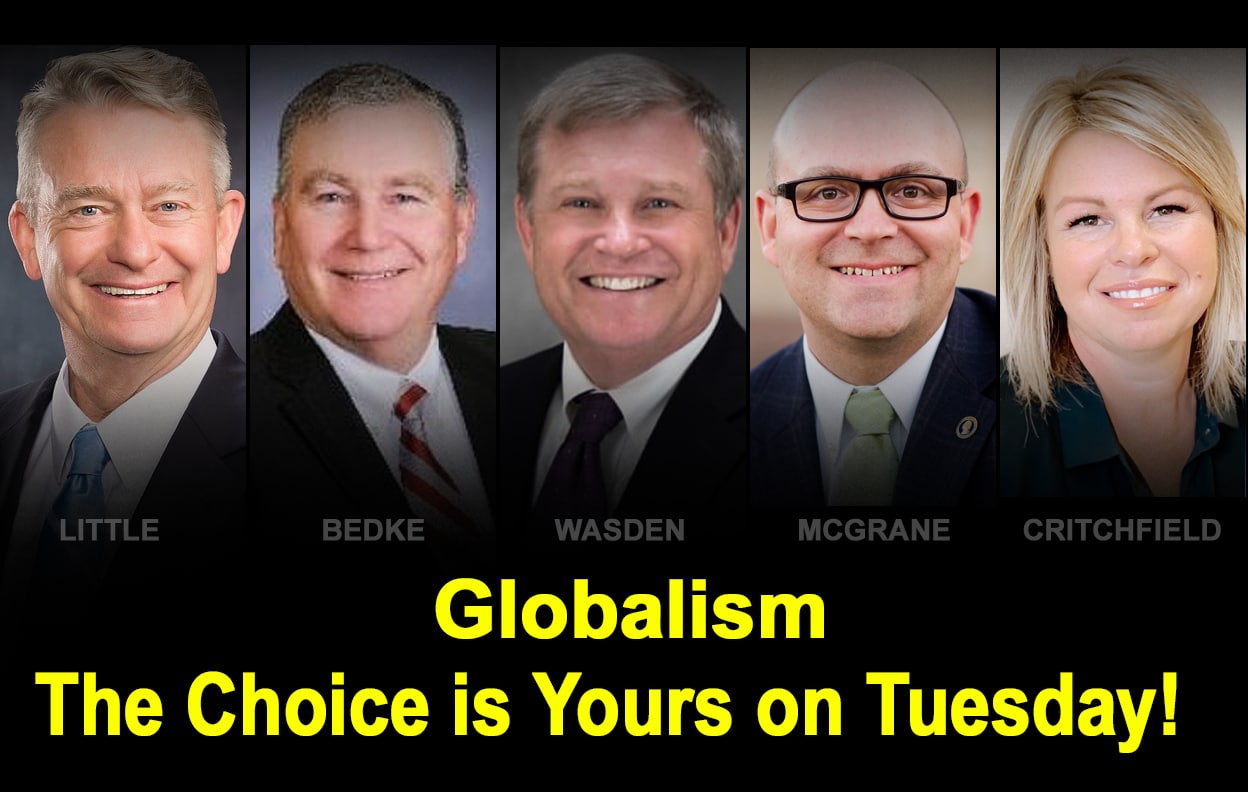 Globalism Candidate Information You Should Know:

Little: Funded by progressive big PHARMA, big Insurance, big Tech, and the Otter PAC.  Declared some businesses essential and nonessential forcing mom and pop businesses to close.  Violated the Constitution with extension of the state of emergency for over 2 years, forcing unnecessary hardships and deaths.  Brought the national guard into Idaho hospitals to allow hospitals to fire workers who would not get vaccinated.  Changed the election date for the 2020 primary election, forcing all mail in ballots.  Supporter of globalizing Idaho.  China friendly. Governor Candidate.

Wasden: Funded by big tech, legal firms, Tommy Alquist, and big PHARMA, .  30-year bureaucrat!  Cooperated with other democrat attorneys general to falsely declare that the governor could “legally” continue to extend the emergency timelines.  Refused to join other Republican AG’s to ban sanctuary cities or challenge voter fraud in the 2020 election.  Agrees that transgender athletes can compete in women’s sports. Has publicly stated “the AG represents the state” not the people. Attorney General Candidate.

Critchfield: Funded by Otter Pac, large corporations, developers.  Publicly says she does not believe critical race theory is a problem. Served as the President of the State Board of Education and requested $6 million in federal funds to promote a leftist non-profit that supported CRT books for preschoolers. Endorsed by the Idaho 97% (democrat group).  Bedke’s cousin by marriage.  Superintendent of Education Candidate. 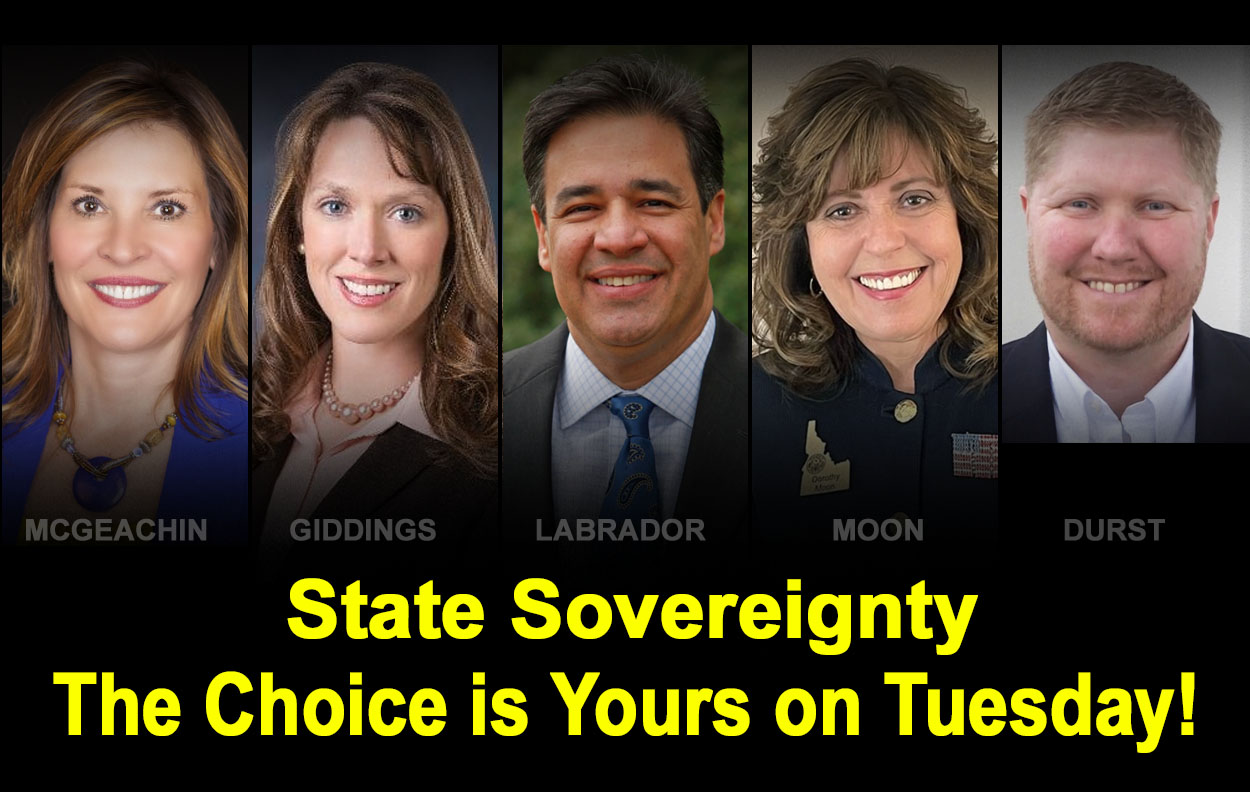 Labrador:  Funded by individual businesses and citizens.  One of the founders of the Freedom Caucus in Congress.  Challenged Gov. Little on changing the election dates.  Understands state sovereignty and how to stand up to the federal government.  Understands the various branches of government and their proper roles. Attorney General Candidate.

Moon:  Funded by individual businesses and citizens.  An educator, miner and high scoring freedom legislator with the American Conservative Union.  Has ran many election integrity bills in the Idaho House.  Understands timber and mining industries and endowment lands and the critical role of the Secretary of State on the Land Board.  Former Idaho legislator of the year and the only true conservative candidate in the race.  Secretary of State Candidate.

Durst:  Funded by individual businesses and citizens.  Wants to fund students not systems.  Believes parents should be in control of children’s education.  Wants to remove Critical Race Theory and Common Core from Idaho schools.  Not afraid to take on the Teachers Union.  Superintendent of Education Candidate

Please show up and vote and encourage 5-10 of your likeminded friends to do the same.  The future of Idaho depends on you!

In Case You Missed It:

The 2000 Mules Movie on voter fraud and how the 2020 election was stolen by Dinesh Dsouza, can be watched online at this LINK

How to remove sexually explicit materials available to minors from Idaho libraries by Rep. Heather Scott and Amy Henry can be viewed at this LINK

Rep. Heather Scott is committed to peaceful non-violent social and political change to protect traditional American family values and is against all forms of supremacy.  Rep. Scott believes that many Idaho politicians are corrupt and that crony capitalism in rampant in Idaho.  She promotes bottom up not top-down government, believes in state sovereignty, and local and limited government control.  Rep. Heather Scott knows that all power is in the people.

See More Below About
All References or Topics Mentioned 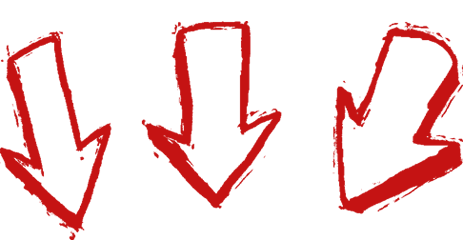 US Agency to Limit Predator Killing Methods in Idaho – USNews.com

It’s Time for the States to Rise! 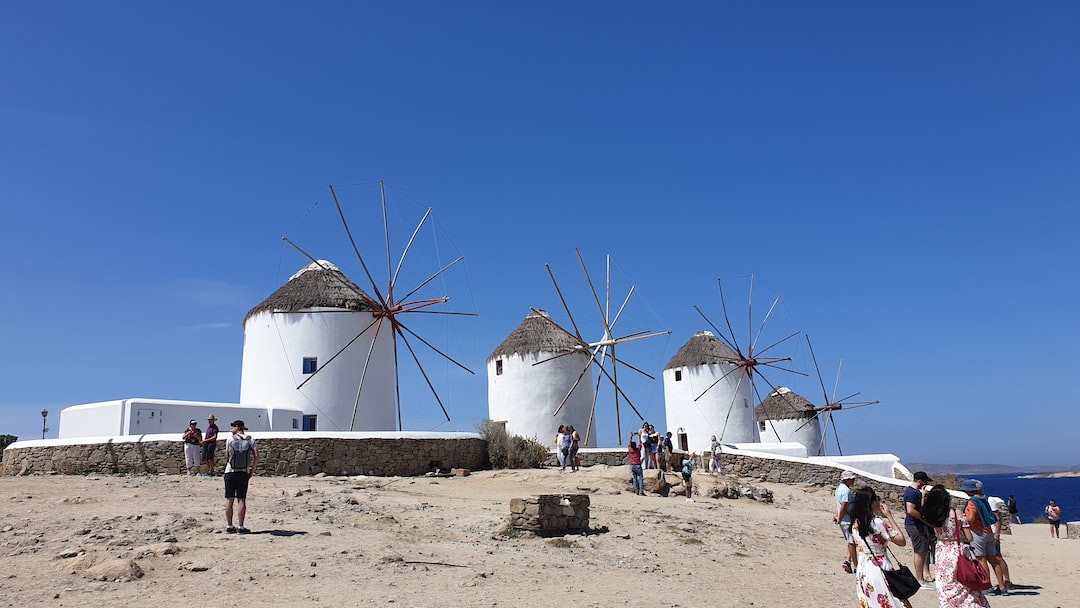 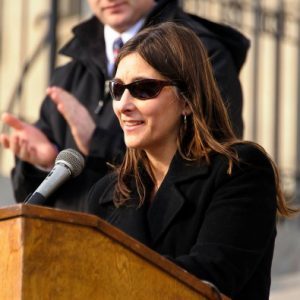 Copyright 2020 @ All rights Reserved: Design and Platform by Current Debate

Globalism vs State Sovereignty. The Choice is Yours on Tuesday!

Please confirm you want to block this member.

You will no longer be able to:

Please note: This action will also remove this member from your connections and send a report to the site admin. Please allow a few minutes for this process to complete.

You have already reported this
Clear Clear All